Here’s our list of the top 12 harbours, anchorages and marinas not to miss around our shores 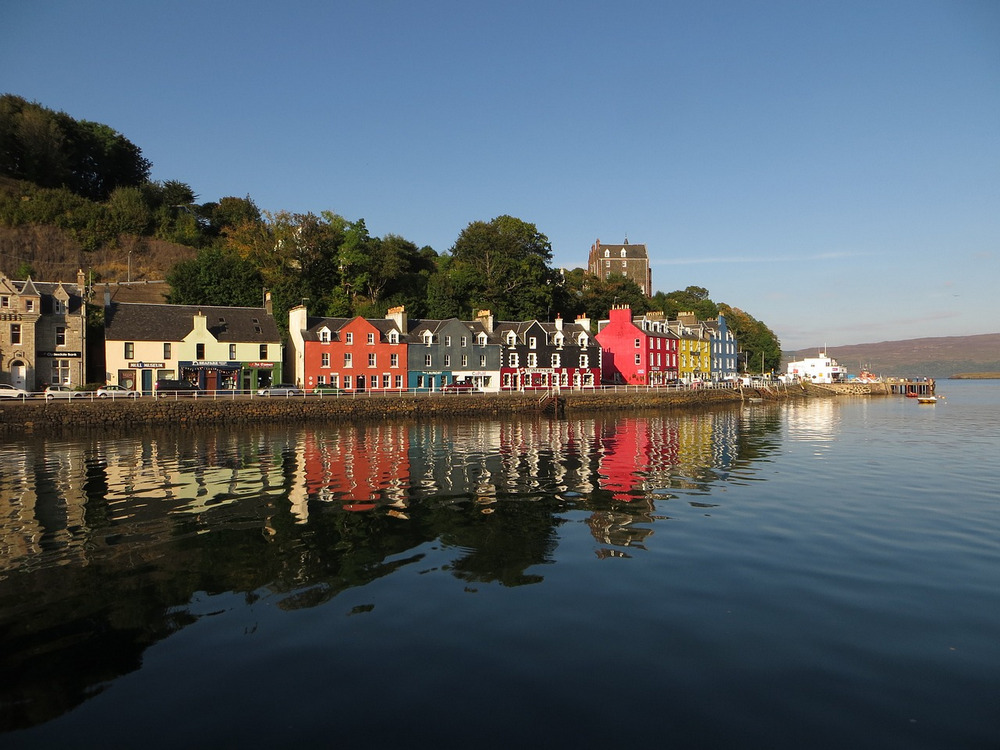 This is without doubt the prettiest town on the west coast of Scotland. And it has one of the best harbours, which was known long before the town itself was built. Murdoch Mackenzie, an Orcadian, produced the first charts of the west coast, and the first sailing directions in 1776, when he wrote that Tobermory bay was “a very fine place for large ships; for it is sheltered from all winds, the ground good, and the depth moderate”. Now there are pontoons and mooring buoys, as well as the anchorage. 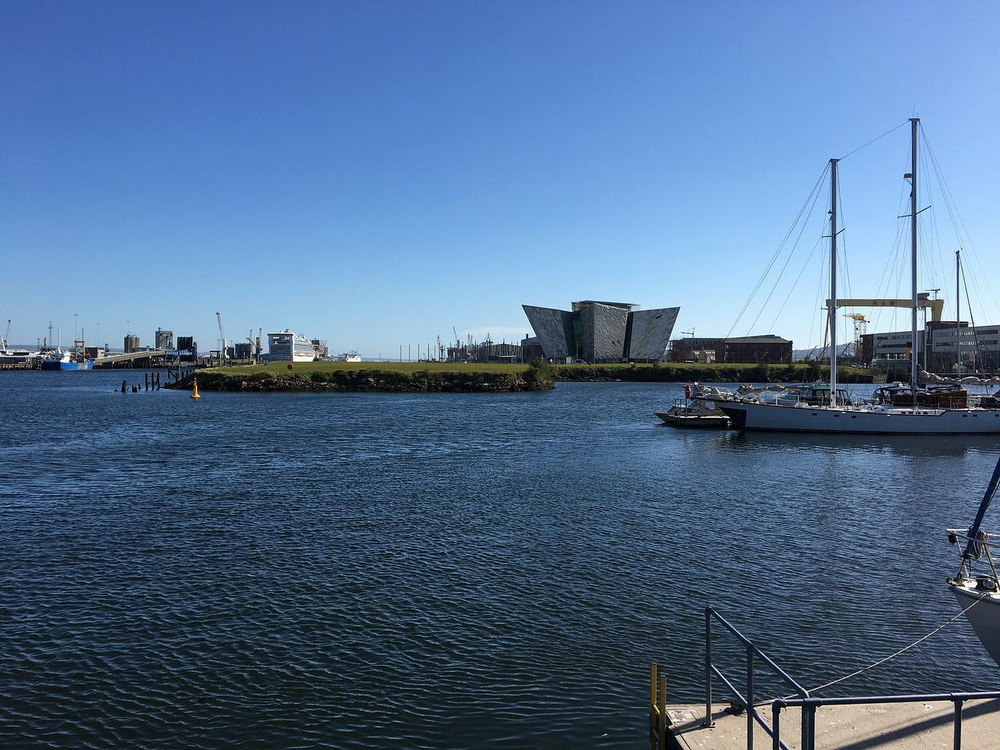 Belfast, specifically the Abercorn Basin Marina right in the centre of town, is next to the Titanic Experience, opened in 2012. It may seem odd to celebrate a disaster, but the museum is as much about the extraordinary effort that was made by Harland and Wolff to build the ship, how so many thousands of men were involved (3,000 hammered in 3 million rivets between them), how many eggs it carried on its first and final voyage (40,000!), who was on board, and so on. 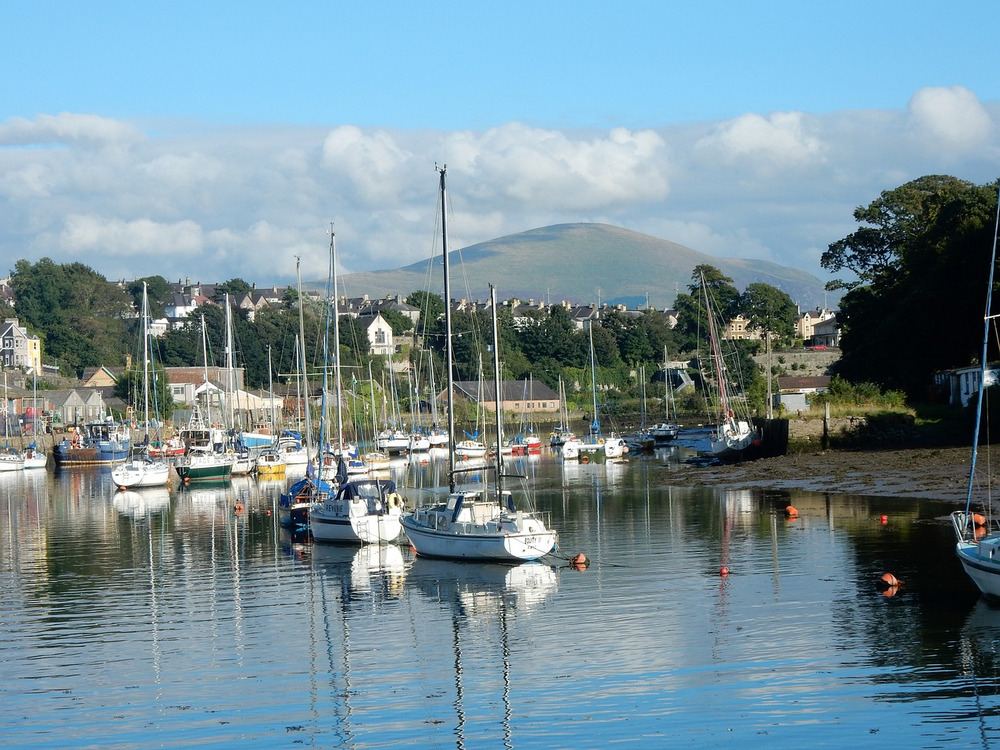 There are many castles around our coast but there are not many you can stop really close to. Here is a really spectacular one. You can take the ground underneath its walls as Libby Purves and her family did in 1988 in her round-UK book One Summer’s Grace. Today most tie up to a pontoon in the adjacent Victoria Dock Marina, which is accessible at HW+/-2. Mind you, to get there one has to deal with the notorious Swellies rocks in the Menai Strait, which, despite their reputation, are no big deal. 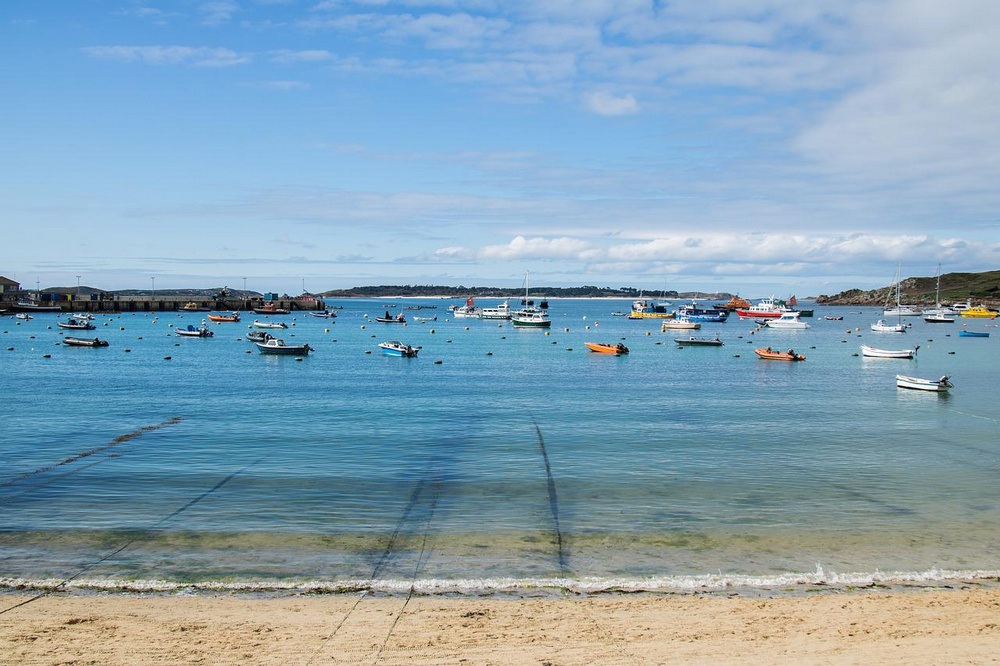 Each island is different. St Mary’s is rather touristy and maybe somewhat dull with exposed moorings. Tresco is upmarket with a shop that seems like an offshoot of Fortnum and Mason, but it has tremendous gardens well worth the £12 entrance fee.
St Agnes is a bit alternative and has great ice-creams. There are visitor moorings at St Mary’s, St Martin’s, and in Old and New Grimsby Sounds. See more on ST‘s trip to Scilly here. 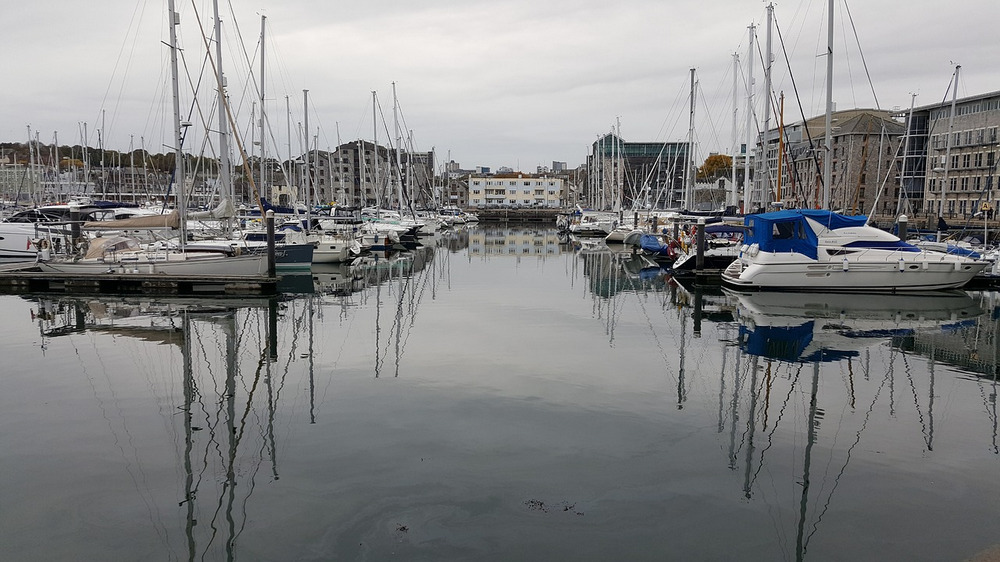 Famed for the Hoe, Drake, the Mayflower and – still – the British Navy. Full of maritime history and an important place to see. For the prettiest sights, stick to the coast and walk all the way round from the Barbican with its buzzing cafes and bars via the Hoe to the beautifully restored and revitalised Royal William Yard. See our Gull’s Eye feature on Mayflower Marina. 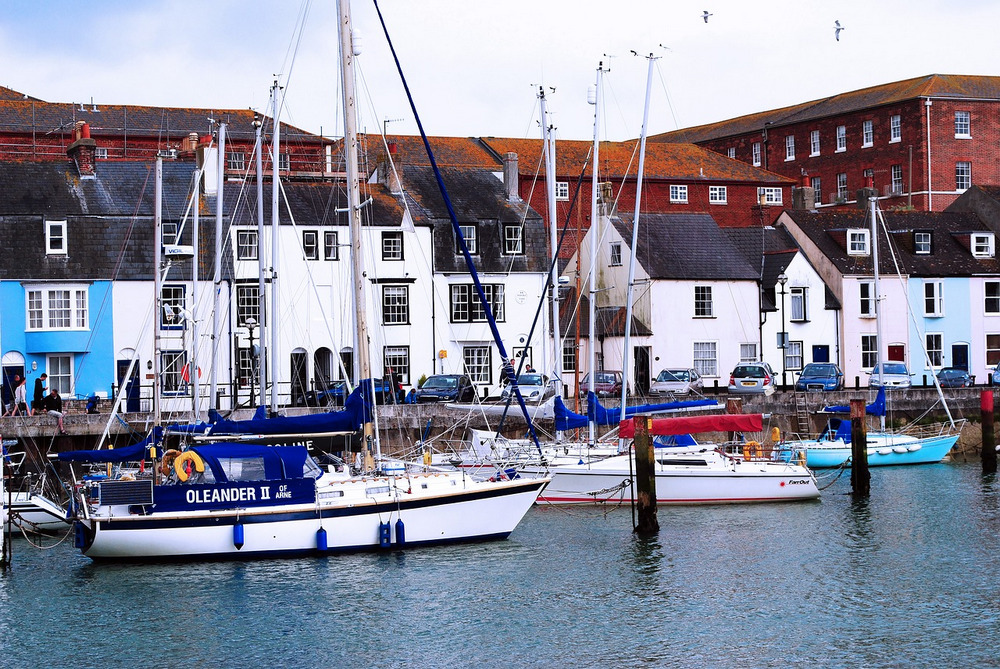 You have to visit at least one classic British seaside town with that bewitching and evocative combination of an active harbour with pontoons for visiting yachts, a safe and extensive town beach with Punch and Judy shows and candy floss, good pubs, restaurants and trippers. If you can, visit the Royal Dorset Yacht Club – full of fascinating maritime history.

One of the quintessential British harbour towns, Lymington offers two well-protected marinas, and makes a superb base for exploring the sheltered Solent by boat, or the New Forest by land. The cobbled town quay and steep High Street still offer plenty of independent shops and fine, old pubs. 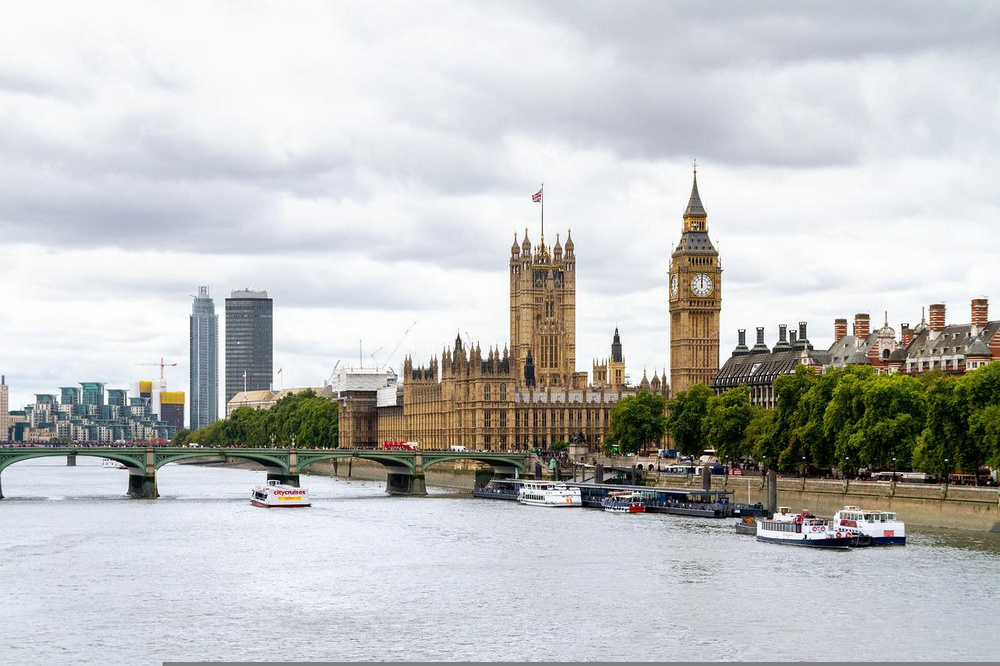 You can sail right up to Tower Bridge although you do have to dodge the many tourist boats and put up with the chop produced by their wakes. Of course, you have to take the tide up and later back down again, as sailors have done for centuries, but that is no problem in one six-hour tide if you get a move on under engine if necessary. 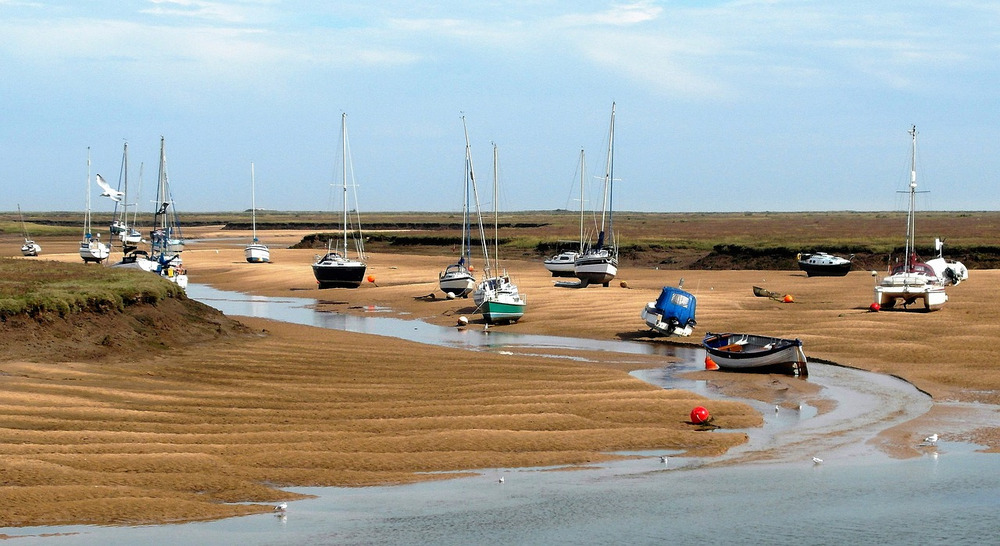 The harbourmaster picks you up on his camera as you arrive at the fairway buoy and then talks you up the buoyed channel which completely dries out at low tide (“Going a bit too far to port, mate”). Once in the pool you are right in among the lovely old buildings, the shops and pubs and the children crabbing. 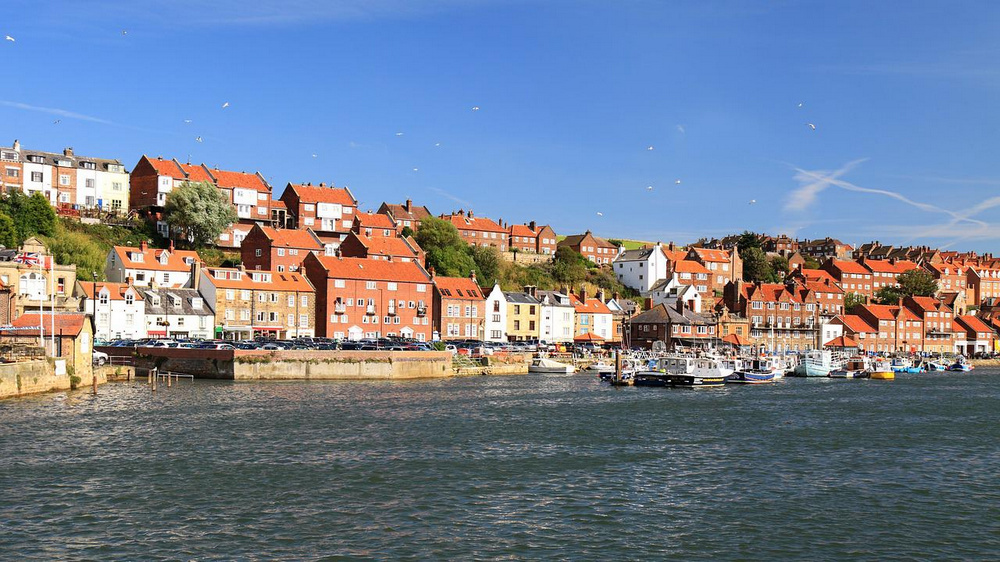 One of the few easy-to-enter harbours on the east coast between the Humber and the Forth. But as well as being a fascinating place to stop over, there is the Dracula connection, the Captain Cook connection, a supermarket right next to the marina, St Mary’s church up the 199 steps on the hill next to the spooky ruined abbey, pubs, and a famous chippy. 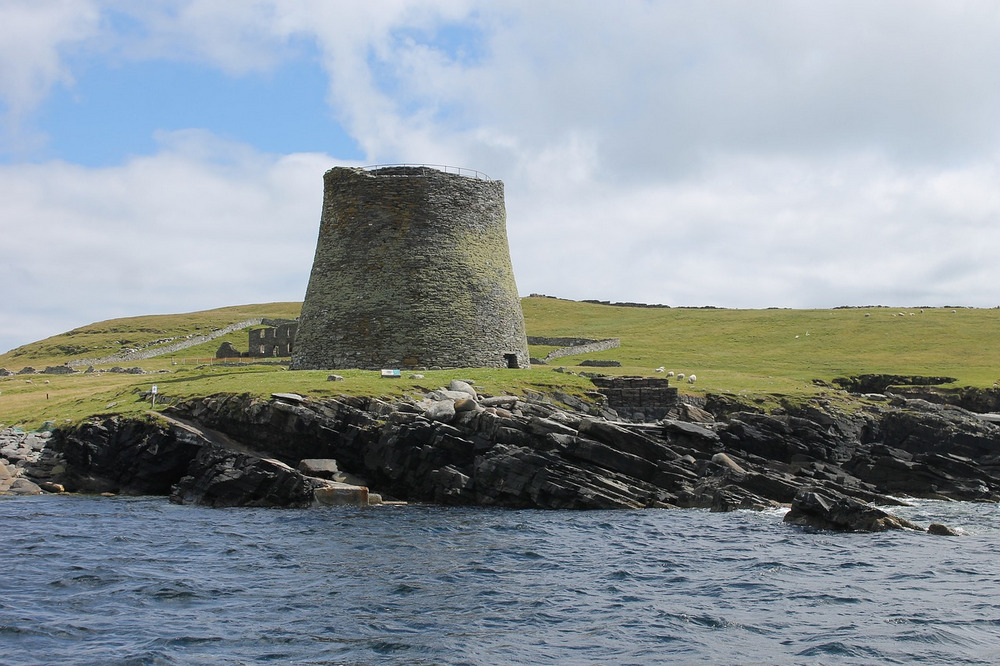 A small uninhabited island in the Shetlands which most people have probably never heard of. However, it has the best preserved Iron Age (about 1000BC) broch in the UK, right next to the anchorage. 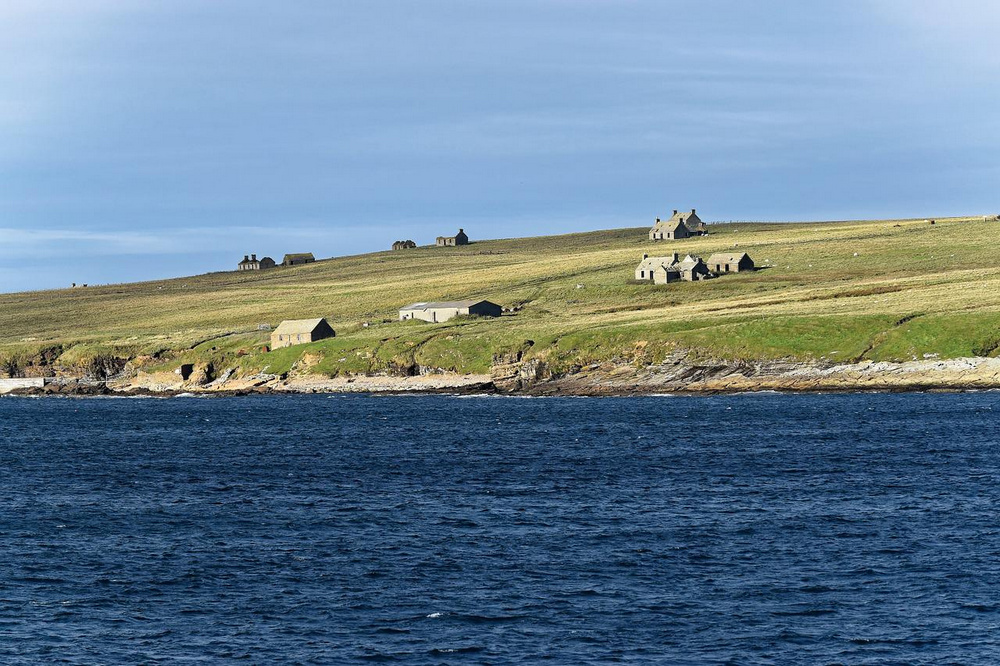 You can get a really interesting guided tour to the very top of the tallest land-based lighthouse in the UK – by the last lighthouse keeper no less.